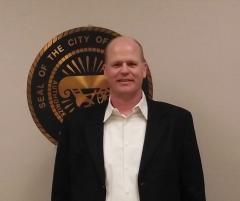 Urbana Alderman and local restaurant owner Michael Madigan is running for the Illinois Senate on the Republican ticket in the 52nd District.

Madigan has served Urbana's Ward 6 since May 2013. He sits on the Cunningham Township Board and the Urbana Traffic Commission.

Madigan shares a name with the Democratic Speaker of the House and has said he hopes to leverage the similarities in name to draw distinctions between policies.

Madigan has described himself as a pro-business candidate who is not a career politician, though he also touts his background as a former legislative staffer and aide to former Gov. George Ryan.

"I truly believe that everyone should be at the table talking about a shared type of ownership of the problems," he told The (Champaign) News Gazette in a recent interview. "I think that means the trades, I think that means taxpayers, I think that means everyone. A tax increase is not the answer here, in and of itself. I think ultimately if there were some structural business reforms put in place in Illinois, I think we could deal with our structural deficit budget. We've not had a balanced budget since 2001."