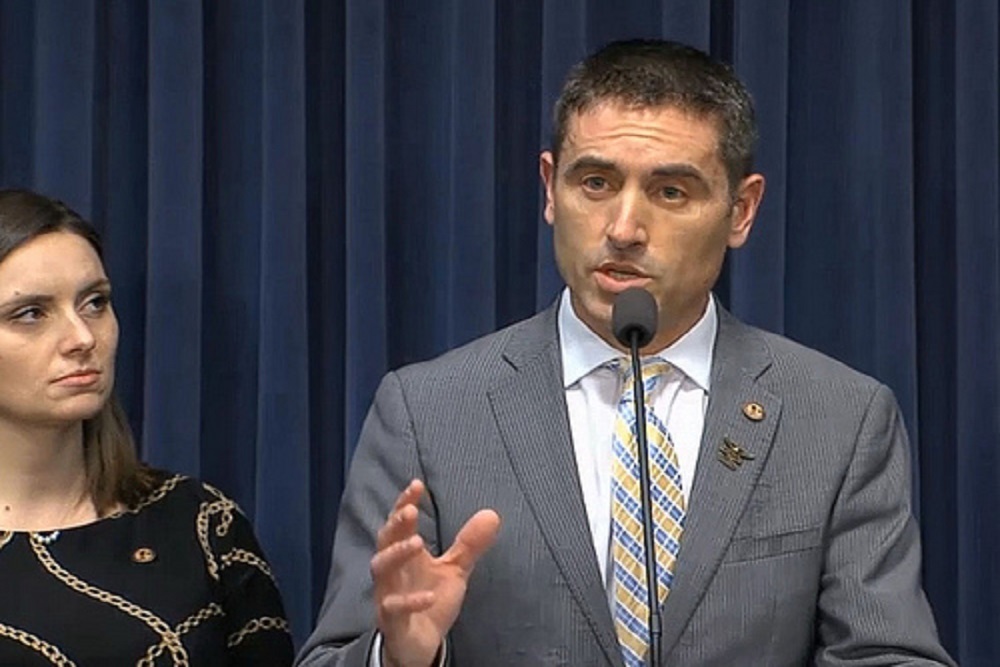 At the beginning of the legislative Session, State Representative Mike Marron (R-Fithian) signed on as a co-sponsor to House Bill 2695 along with the entire House Republican Caucus to stop automatic legislative Cost of Living Adjustments (COLAs).

However, House Democrats refused to allow for a vote on the legislation, and Marron called for Governor Pritzker to veto planned raises for Illinois’ politicians. Gov. Pritzker declined to veto the pay raise.

The legislative Cost of Living Adjustment or COLA is a provision in Illinois law that provides an automatic increase in legislator pay and reimbursements for mileage and per diem in the budget each year, unless the General Assembly votes to prohibit it, which is what House Bill 2695 would have done.

“I am completely adamant that Illinois legislators do not deserve a pay increase until we start working together on both sides of the aisle to address our growing pension debt,” said Rep. Marron. “I am pledging to donate my $1,600 COLA this year to some wonderful local initiatives. I will be giving the Danville Area Community College Foundation $400 dollar scholarships for two recipients.”

One scholarship award will go to a student majoring in Agriculture. The winner will be determined by a committee of members representing the Vermilion County Farm Bureau. The second scholarship will go to the BoBo Smalls Memorial Scholarship for a low-income minority student to be selected by Rev. Frank McCullough and the Three Kings of Peace.

“I plan to donate the remaining $800 dollars as a $400 gift to the building fund of the Rantoul Veterans Wall and a $400 donation to the Parkland College Foundation for a scholarship for a Champaign County resident of the 104th who has served in the military,” Marron said.

Want to get notified whenever we write about Illinois State House District 104 ?

Sign-up Next time we write about Illinois State House District 104, we'll email you a link to the story. You may edit your settings or unsubscribe at any time.