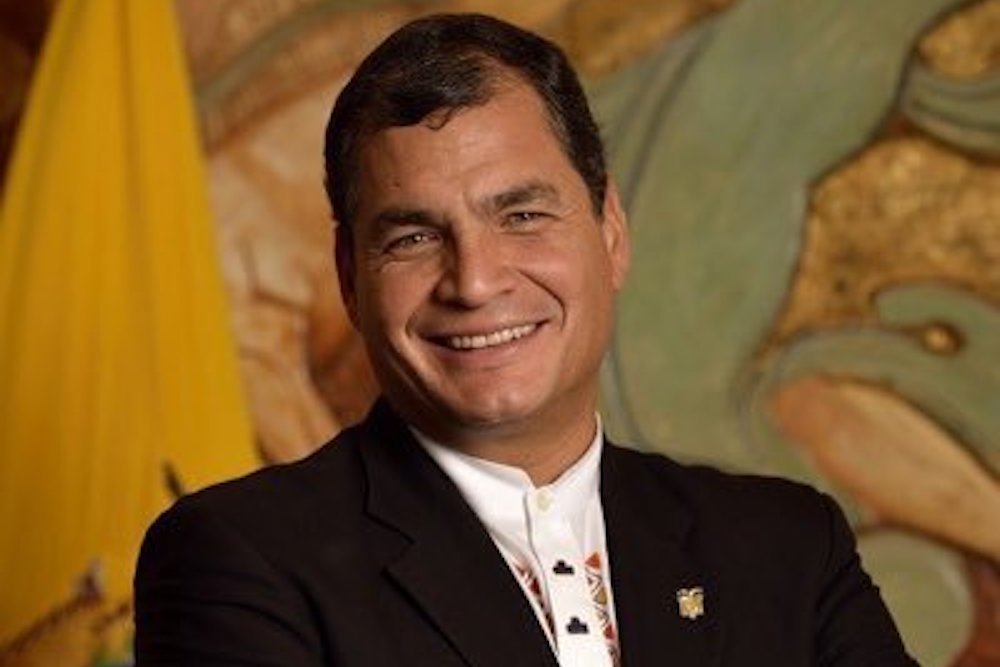 One local activist is not convinced that the University of Illinois at Urbana-Champaign (UIUC) will rescind former Ecuador President Rafael Correa’s “International Alumni Award for Exceptional Achievement” that was given to him in 2009.

Correa is currently residing in Belgium with his family since requesting asylum in 2017 following embezzling and kidnapping charges against him in Ecuador. In 2012, he was accused of using state funds to kidnap Colombia lawmaker Fernando Balda. Colombian authorities later rescued Balda where he was deported back to Ecuador after fleeing from Ecuadorian government.

Scott Tapley, a former Champaign County Board member, states that UIUC has favored Correa’s leftist politics and has a long history associating with extreme left politics.

“UIUC is staying true to its Cultural Marxist ideals,” Tapley told Chambana Sun. “As long as you’re a leftist, communist or socialist, you receive special treatment like you’re part of a club. If not, you may be subject to harsh intolerance. These double standards date at least far back as the 1960’s, with Bill Ayers being a prime example. If Correa was politically right wing, UIUC might give him the boot…as long as he adheres to his communist principles, I would expect him to continue to be embraced by his kindred spirits at [UIUC].”

Tapley has strong beliefs that UIUC is sympathetic to Correa’s actions. “The faculty are overwhelmingly socialist, communist [or] leftist, so a majority probably approve of Correa politically, which nowadays often means being tolerant of wrongdoing,” Tapley said.

As reported in The Chicago Tribune, Correa is affiliated with FARC, a group classified by the U.S. State Department as a terrorist group with history of kidnapping and killing American citizens.

As to why the “Exceptional Achievement” award has not been recalled sooner, Tapley says that UIUC is “reluctant to criticize their own.”

Tapley also expressed doubts that UIUC will not change any policies on selecting award recipients in the future.

Want to get notified whenever we write about University of Illinois Urbana-Champaign ?

Sign-up Next time we write about University of Illinois Urbana-Champaign, we'll email you a link to the story. You may edit your settings or unsubscribe at any time.