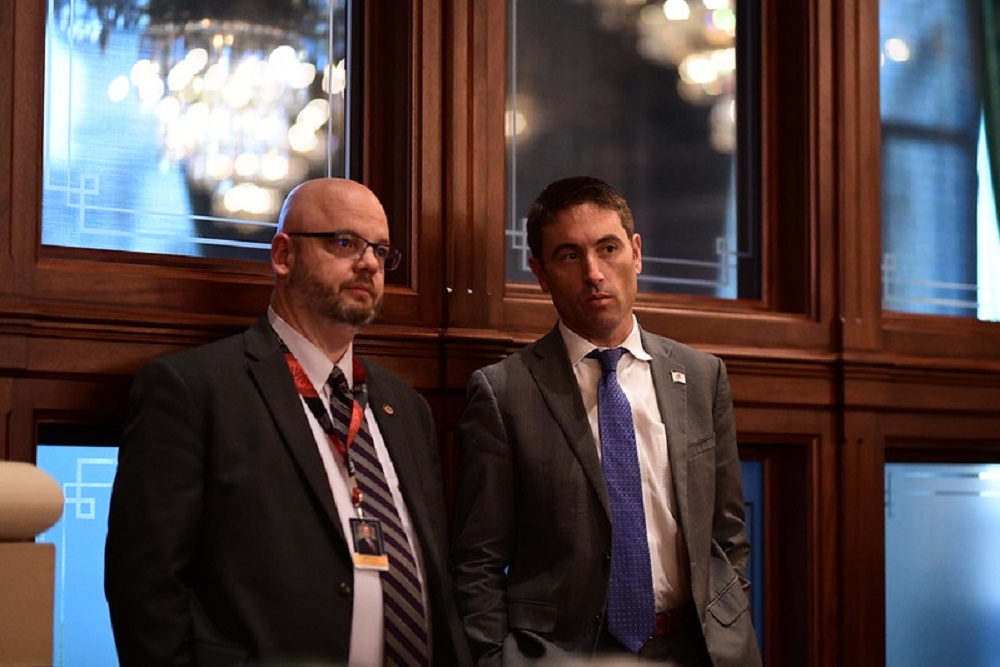 Over the last several months, we have learned of widespread corruption penetrating our state Capitol. Last week, we saw former Senator Martin Sandoval (D-Chicago) plead guilty in federal court for bribery charges. This week, disgraced former Rep. Luis Arroyo (D-Chicago) will face charges in court for bribing a sitting State Senator to move legislation for an industry that paid Arroyo to be its lobbyist.

Welcome to the start of the 2020 Illinois Legislative session – and this is just the beginning.

Illinois has more than just a corruption problem. We have an inaction problem. We have a ‘refuse-to-do-anything-about-it’ problem. Powerful political forces have refused change in this state for decades. I decided to run for State Representative in part because Illinois needs less career politicians and more citizen-legislators. I believe it is imperative that honest people rise up and fight for this state. Illinois has been my family’s home for over 150 years and I will not stand idly by watching systemic corruption eat away at the reputation of this great state.

We must end the practice of protecting the privileged political class of the Chicago Democratic machine and move toward fair, equitable representation.

That means holding Governor Pritzker accountable to his campaign commitment to end the political map-making process that allows elected officials to gerrymander district maps to suit their needs. Instead of legislators choosing their constituents, it is time for constituents to finally choose their legislators. Politicians in power have abused the map-making process to take out political rivals and to keep rank-and-file lawmakers under their thumb.

I am a co-sponsor of a constitutional amendment that would create an independent commission to make sure maps are not gerrymandered. Governor Pritzker has said on multiple occasions that he would veto any ‘unfair’ map – it is time we come together and make fair maps a reality for Illinois.

There is always a LOT to talk about when it comes to Illinois government. In 2020, I will be working on these four legislative priorities: Property tax relief, Fair Maps, stamping out corruption by overhauling our ethics laws, and eliminating the FOID card system!

Please feel free to follow me on Facebook, twitter, and Repmarron.com to keep updated on my legislative agenda and upcoming community events. I look forward to hearing feedback as we go through session this year and protect the important values we hold dear in the 104th District!

Want to get notified whenever we write about Illinois State House District 104 ?

Sign-up Next time we write about Illinois State House District 104, we'll email you a link to the story. You may edit your settings or unsubscribe at any time.